In case you don’t know about Ludum Dare, let me give you a quick run-down of it. It is a Game-making competition that is held 3 times per year where participants have only 48 hours to design a game. The game must be designed around a theme which is revealed at the beginning of the competition after the community votes on 4 rounds themes.  Once the competition starts, you have 48 hours to create your game, and all code, sounds, graphics, etc. must be created by you within the 48 hour window. The theme for this Ludum Dare competition ended up being “Beneath the surface”. In addition to that theme, “We must go deeper”  was another top vote-getter, so I figured that it was quite possible that one of these two could be chosen. I started thinking about what I might do if one of these themes were chosen. I wanted to do some sort of 3D first-person puzzle game that you get thrown into with little explanation except for the controls. The game’s narrative and plot is revealed through a series of notes that you find throughout the game from someone who was in your same position.  I knew this would be one of my biggest project in terms of scope for any Ludum Dare I’ve done (I have entered and completed 15).  That turned out to be a bit of an understatement as I took this one down to the wire and a couple of bugs had me quite worried at the end.  However, I managed to get it all together and get it submitted before the deadline.   I even managed to throw in some cool image effects which I think add to the experience. With that, I present to you my most ambitions 48-hour creation to-date: Epsilon Adventure. 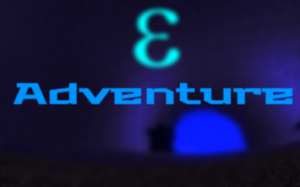 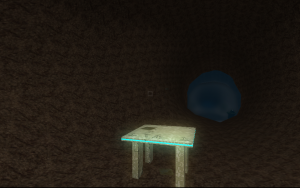 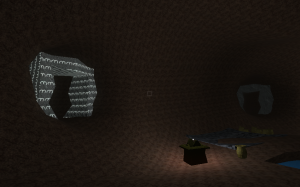 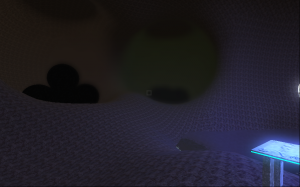 Last weekend the theme for Ludum Dare 28 was announced to be “You Only Get One”.  Where I live, the theme announcement comes at 9 PM on Friday night, and I usually try to think up an idea then get some rest to start in the morning. This time, however, I had several other events that I need to attend, so I started work around 10 PM Friday night on my idea.  I’ve always wanted to do a gardening/grow game, and I felt it would fit the theme pretty well, so that became my task for the next 48 hours.  My idea was that you would get this seed in the mail with a letter explaining that it is a unique one-of-a-kind seed which, when grown, could produce some unique fruit/berries that might have very interesting properties.  I really wanted the plant to be in 3D, but after playing with Blender for the first hour or so, I gave up on it. Trying to get the plant to grow using a 3D model was something that I did not think I could tackle in 48 hours.  With the 3D experiment a bust, I went to Paint .Net and began to create my 2D art assets. 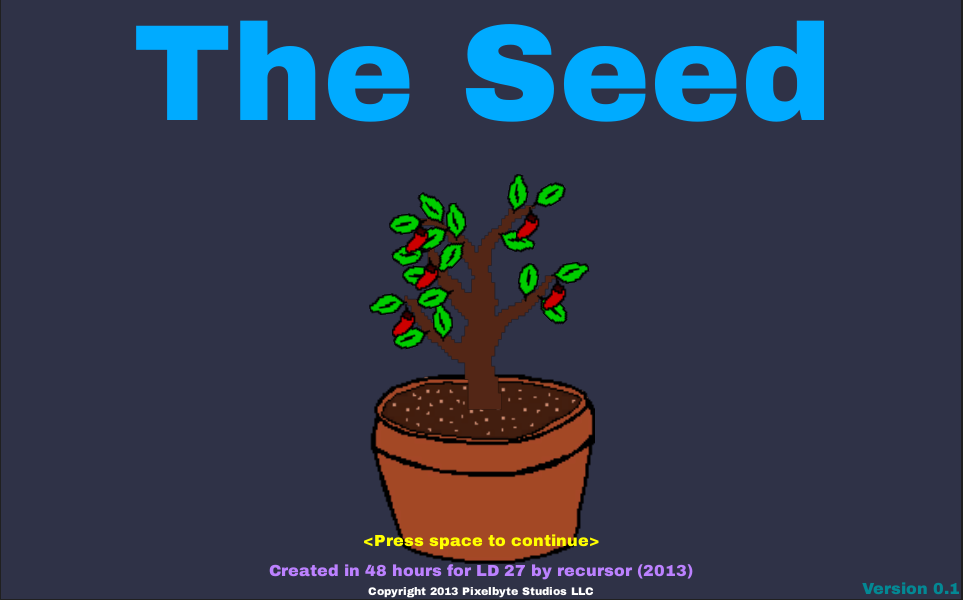 While I’m not an artist, I felt ok with how the graphics turned out. It has sort of a lo-fi old C64 game feel to it.  I ended up losing a bit of time fixing a few bugs I found in some 3rd party libraries including one that appeared about 5 minutes before the submission deadline. That was a bit stressful, but I got it sorted out. 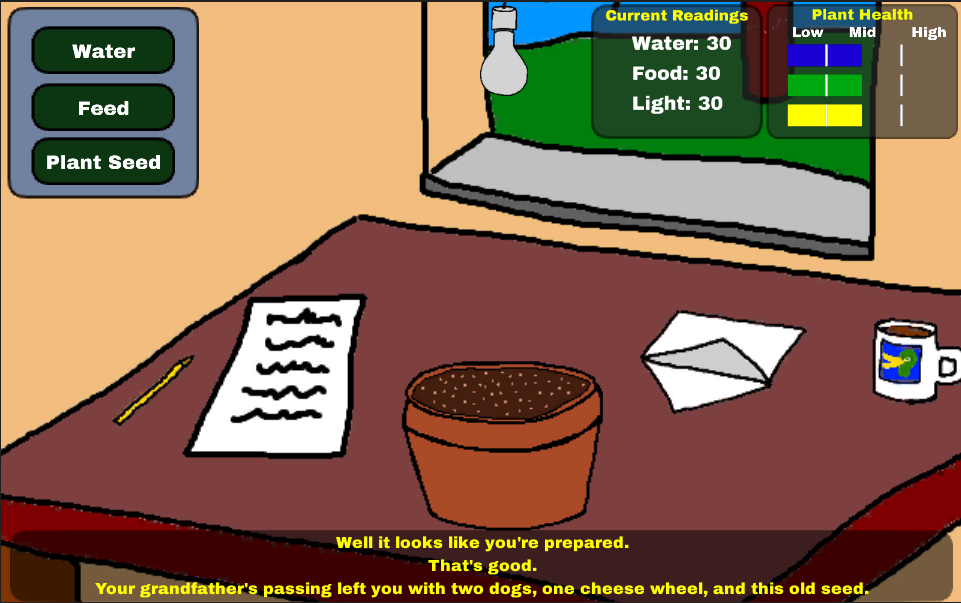 The stories, 2 for each berry type, ended up being the most work.  I first wrote down a list of berries you could grow along with a couple of sentences about what happened when you either sent it to the lab for examination, or ate it. Then I proceeded to add each of them to the game fleshing out each story which, in a few cases, got pretty long. In the end, I managed to get 15 berries into the game. That’s 30 separate stories. A few of them are pretty short, but still that’s not bad for the time given. Click HERE to play “The Seed”, and check out the video below to see a time-lapse of the game being created.

I just finished Ludum Dare 27 this last weekend. It is a game jam where you have 48 hours to design and code a game based on a theme that is chosen by all participants.  This time the theme was 10-seconds, so I got an opportunity to make something that I’ve been thinking about for a while.  Pick the wanted robot out of a lineup of robots within 10-seconds, but as you beat each level, the robots start to get more similar in their appearance.  If you like find the hidden object games, then you should check out Robotica. Be sure to read the Background and Instructions to get the full effect. 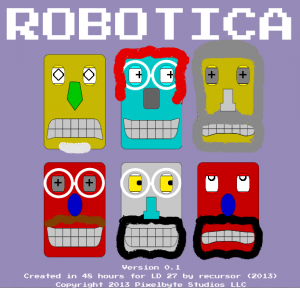